Opened in 1960, Tri-County Mall was the first enclosed shopping center in the Cincinnati area. The mall is still the second largest mall in all of greater Cincinnati with 3 anchors (2 vacant) and a whopping 1,300,000 square feet of retail space. Though once thriving in the northern suburbs of Cincinnati, it seems that Tri-County’s future has already been written. It’s tough to watch the demise of a place that you’ve known and attended your entire life, but with the rapid decline of retail in the past 15 years, the death of this once prosperous mall is inevitable. I remember being a kid and walking through this place with my mom and there were people all over, stores were occupied and all the anchors were filled too. The times surely are a changing and whether it’s for the better or worse, it’s interesting to watch these relics of the 20th century fade away as if Thanos snapped his fingers.

Disclaimer, Due to the amount of wonderful pictures I have of this gorgeous place I’m going to let the pictures tell the story as I feel they speak louder than words. 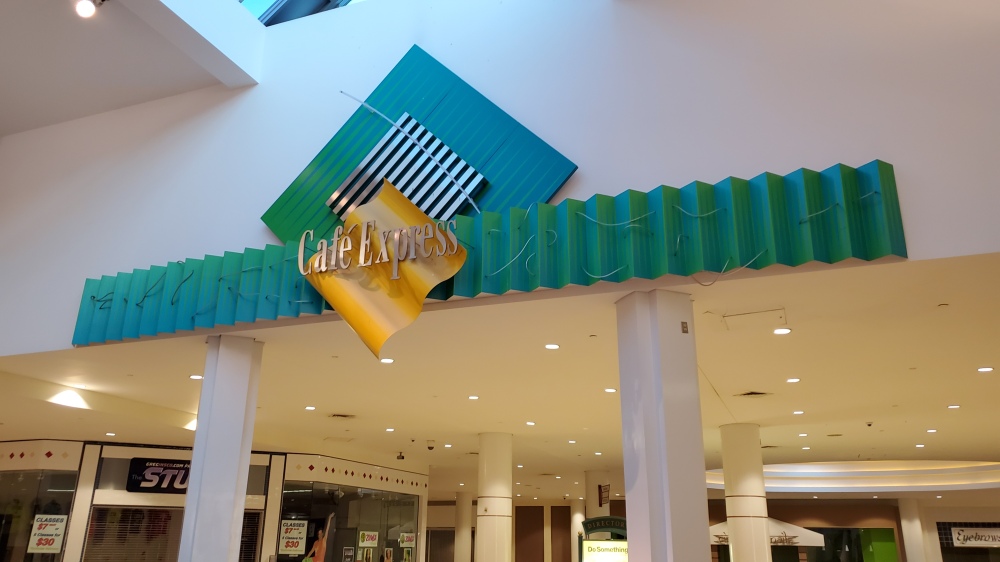 The food court still screams late ’80s (the malls most recent renovation). I think El could fight a shadow monster in here. According to signs around the mall they claim that they’re “moving” the food court but let’s be real, they just can’t get anyone in here anymore. 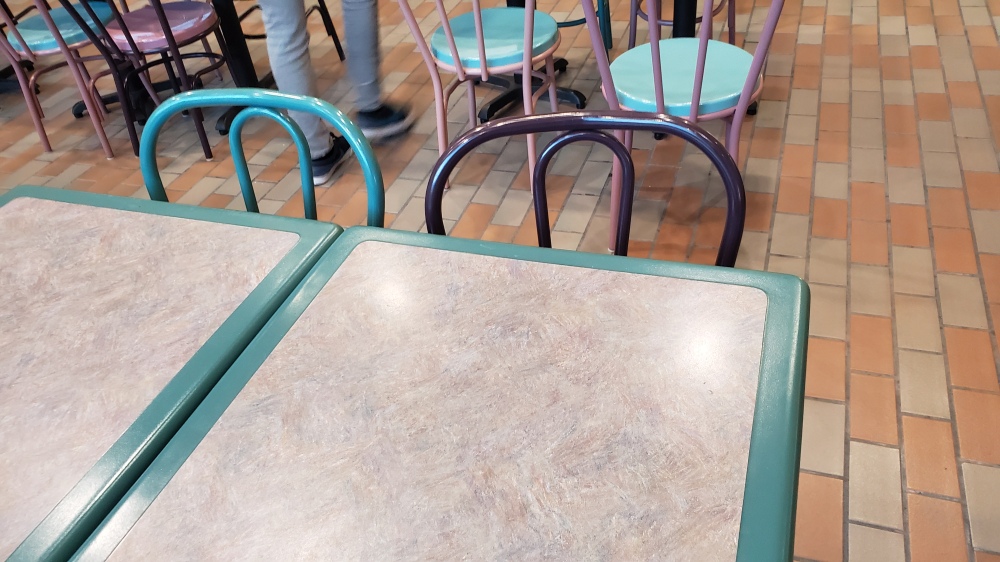 Same chairs since the late ’80s too. These probably haven’t been sat in in years.

All the storefronts in the food court have been completely blocked off and all that remains are the dated chairs, beautiful skylight, and some creepy kids rides.

CRT T.V.’s still exist outside of Goodwill. I love it. 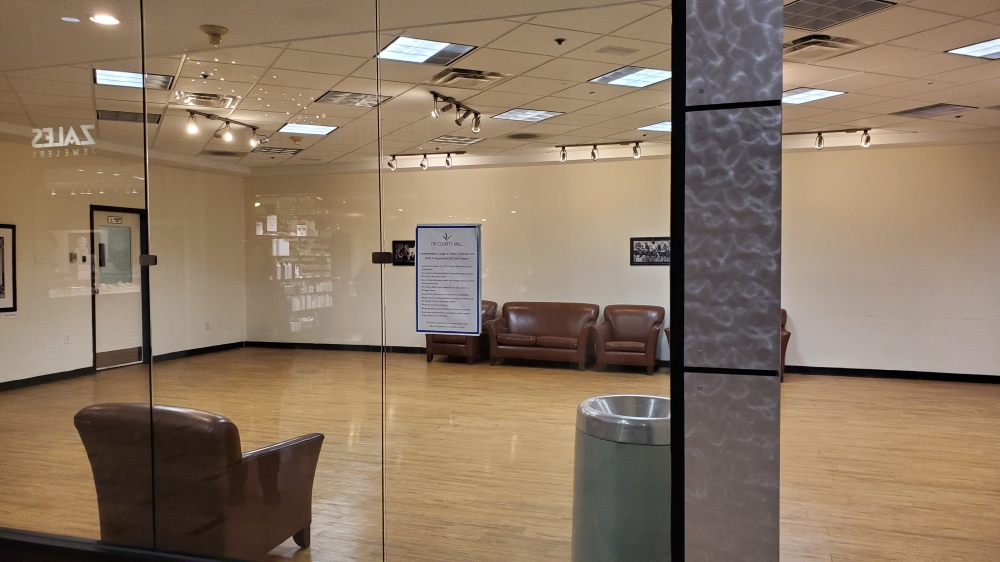 The owners can’t fill space so why not add a “Relax and Recharge room?” Well that’s kind of a nice idea if there were, you know, maybe some T.V.’s or games and not just a weird wall of chairs. Oh, and there’s one other problem…

Yeah, so the whole room is a moot point.

Directory. I haven’t read all the names but I guarantee half these stores don’t exist there anymore.

I remember this place being a very cool Gameworks-esque sort of place. 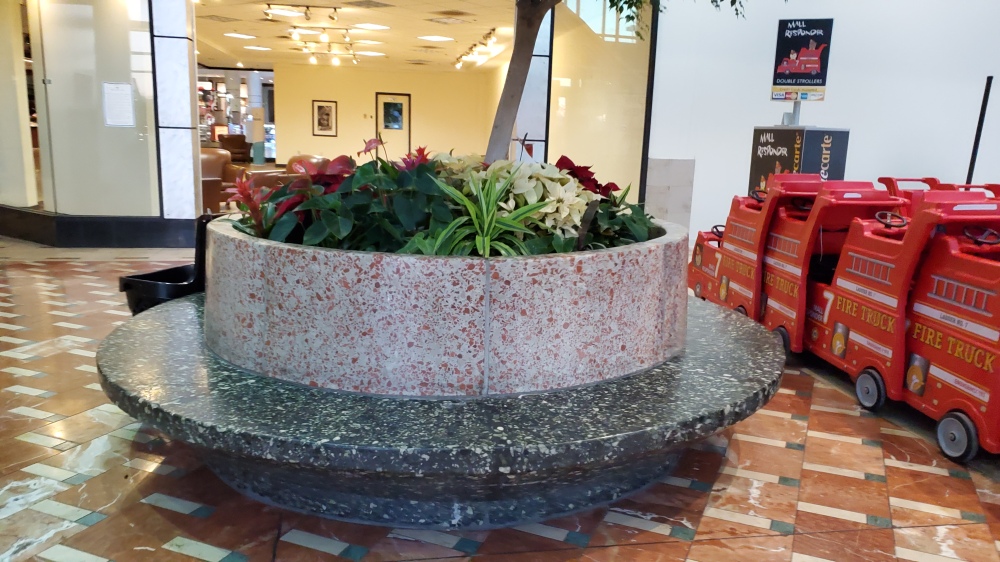 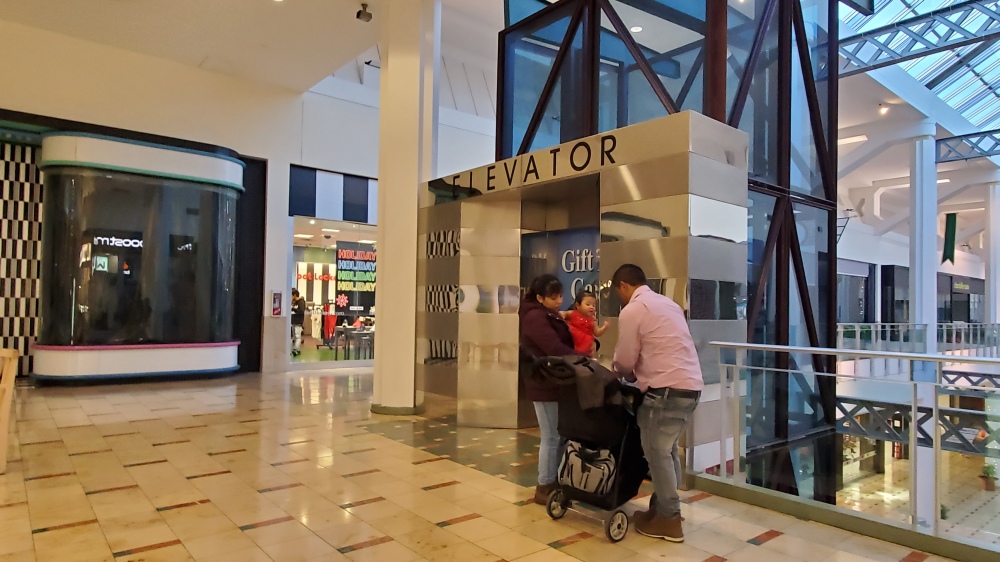 Coming off of Macy’s, I believe there’s this strange half-level only here in the mall where you either go up a mini flight to the second floor or down a mini flight to the first. This is due to the anchor being built before the late ’80s renovation and them having to figure out how to connect the two.

Former Suncoast in the background feat. my brother.

Center gathering area of the mall. Where there once was an attractive marble fountain, now there’s just more empty open space. Why do malls hate fountains nowadays?

Looking down an empty corridor, there’s eerie music and you can hear the drop of a pin. 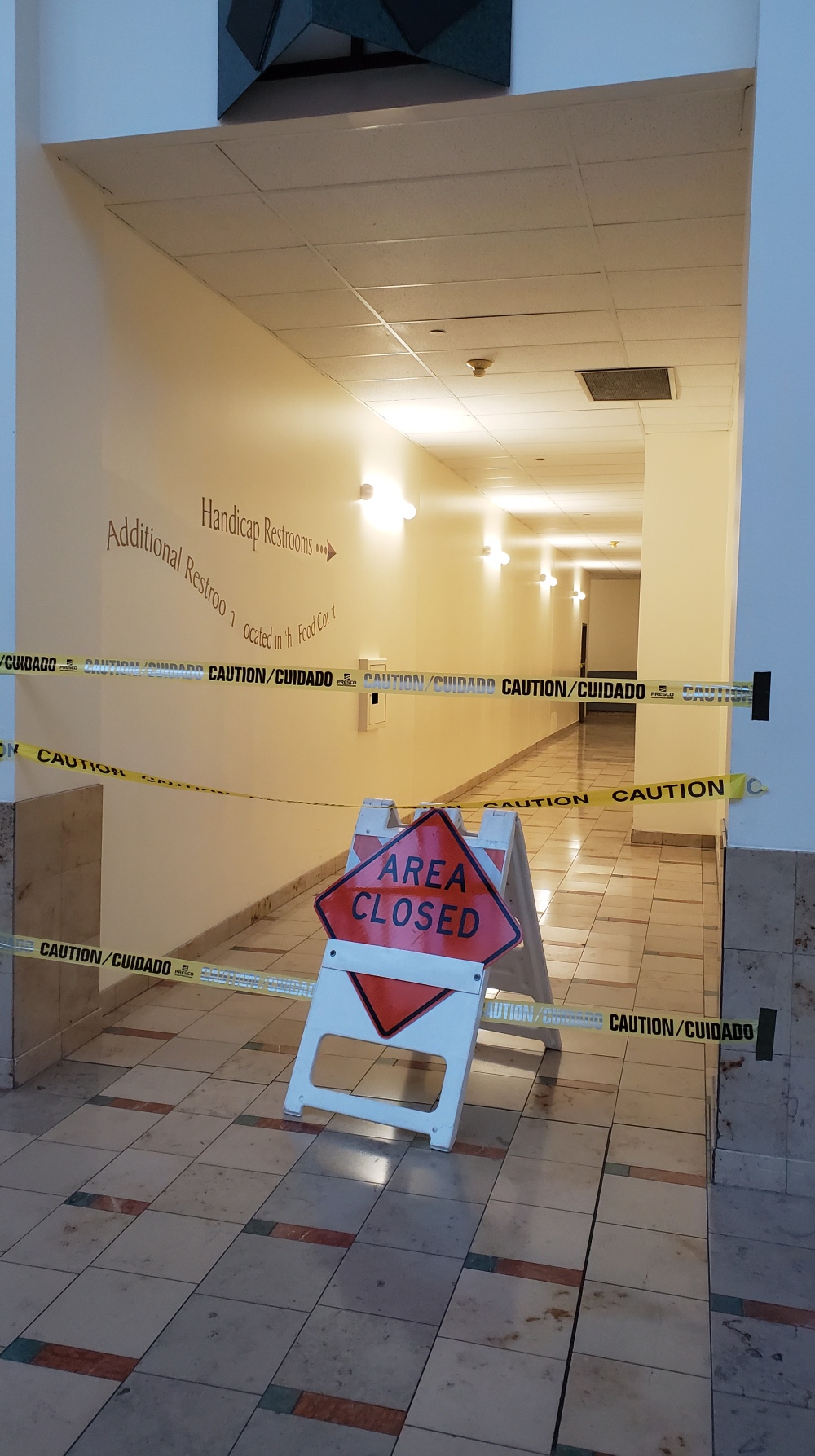 I hope you don’t have to use the restroom here.

Walking through a dead mall is the closest thing you’ll get to time travel. Maybe that’s why I love it so much.

I leave it on this note, as you look up to the sky beyond the flickering neon lights, do you see a future as bright as that same sky for malls? or do you see a future where the only light is your phone screen buying clothes off the internet? Whatever you see, you shape that future.