“A wise mall once said nothing.”- Mall God

To be honest, I had no idea what I was going to see when I went to this mall. I looked up a few pictures online and a little bit off of Wikipedia but this was by far the most blind experience I had this day. Great Northern Mall, built in 1976, is a very spread out, 1-floor-mall with a respectable 1.2 million sq. ft. of retail space. Hopefully the more you’ve been reading my posts the more you begin to understand what that looks like in-person. The mall has five Anchors currently, occupied by Macy’s, Dillards, JC Penney, Dick’s Sporting Goods and, believe it or not, an open Sears.

The inside of the mall was very nice and all of it was a pleasant surprise. Going into it, I figured this place would be Eastgate Mall-esque if you Cincinnatians know what I mean but that was not the case. The mall has clearly had many renovations since its creation with one large renovation being done just 16 years after it was built in 1992 which the floors clearly reflect. The mall also has a Regal Cinemas on the inside which was a nice surprise. 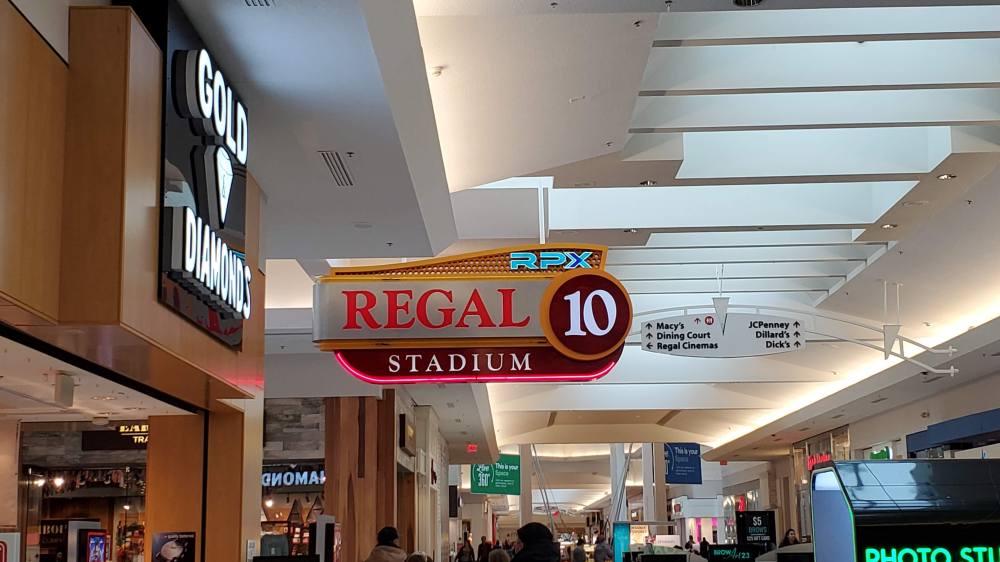 Sonic is watching you.

Moving on to the center of the mall near JC Penney, you will see this neat kids’ bungee thing which I would honestly like to try for myself.

Cinnabon just sits there in every mall, teasing you with their lovely smells of butter and sugar, helping fulfill old peoples’ caloric intakes so they can just sit there and people watch before drifting into sleep.

Like South Park, Great Northern has a lot of nice natural light brought in by the geometric skylights in the picture above. Relax college kids, I’m not talking about THAT Natural Light. You should be drinking Milwaukee’s Best Ice anyway. As we continue through the other two corridors, you will see Macy’s

No, I won’t make a wiener joke this time.

All in all, there were a solid amount of people shopping throughout the mall. I wouldn’t call it an upscale place but there were plenty of nice stores for the rich folk. The layout of Great Northern felt off to me: it doesn’t really have a center area per say and the corridors sort of branch off of the main one. It’s hard to describe but maybe you can get a mental image in your head. Are you ready to see this next picture? I don’t think you’ll believe it.

A Starbucks in a mall, what a world we live in. Where did they get this idea? Brilliant! Follow me to the food court. 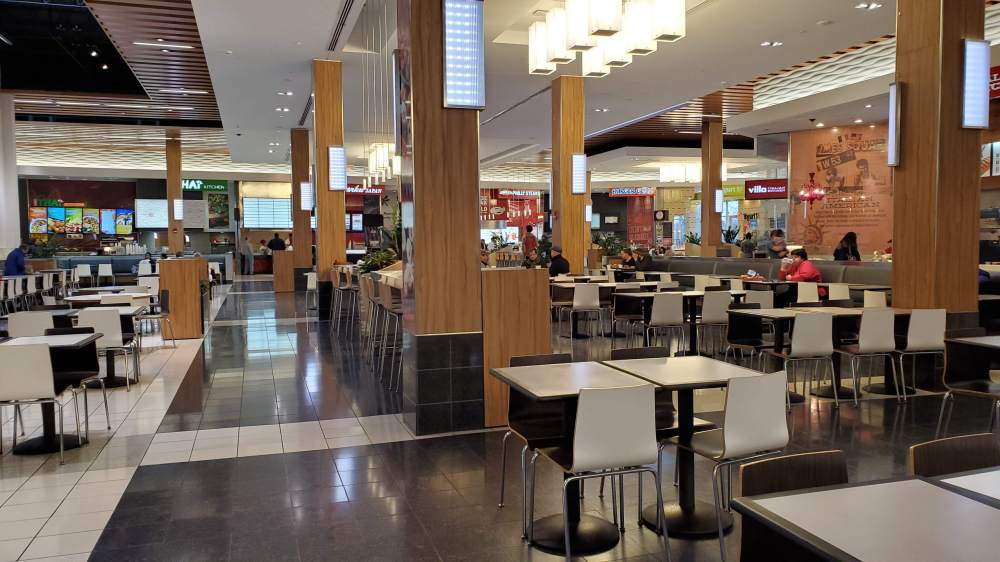 Honestly one of the nicer food courts I’ve been to: great size, clearly renovated recently, and plenty of options to choose from for a mid-shop fill up. As we approach the end of our tour, let’s step outside and take a look at this place.

Very standard looking Macy’s aside from the arched openings on the sides.

Loved the uber 90’s looking Dillard’s here. I’m guessing the exterior was renovated in ’92 along with the rest of the mall. 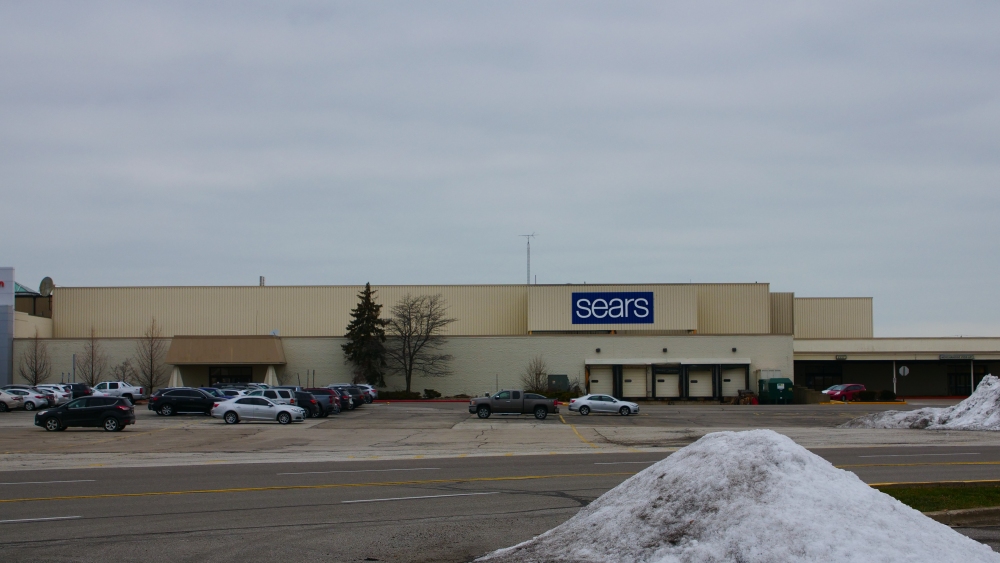 Hideous Sears and somehow it is still in operation, I’m truly astounded. It even has an operational Auto Center!

“That blast came from the Sears Auto Center! That thing’s operational!”- Lando Calrissian

This auto center looks almost identical to the currently abandoned one sitting in the parking lot of Chapel Hill mall. For more info on Chapel Hill currently, check out my video titled The Abandoned Akron on YouTube under the channel ZTV Lights Camera Akron (shameless plug). Many other YouTubers have been making videos about Chapel Hill recently due to its imminent death.

Again, I’m not from northeast Ohio so I had never heard anything about this place until my visit and I really was pleasantly surprised. I saw only a couple vacant stores, no empty anchors and a solid amount of people strolling throughout this place. It all kind of shocked me because, from the exterior the place, it didn’t look like anything special. The parking lot was in bad shape and the Sears entrance wasn’t quite as in your face as the likes of South Park. Despite that, I can’t judge a book by its cover, and that’s definitely the case here. If you’re a shopper around the Cleveland area this is definitely a great place to go and it’s only 20 minutes from downtown. Nothing blows me out of the water about Great Northern but hey, it’s a solid place to shop. 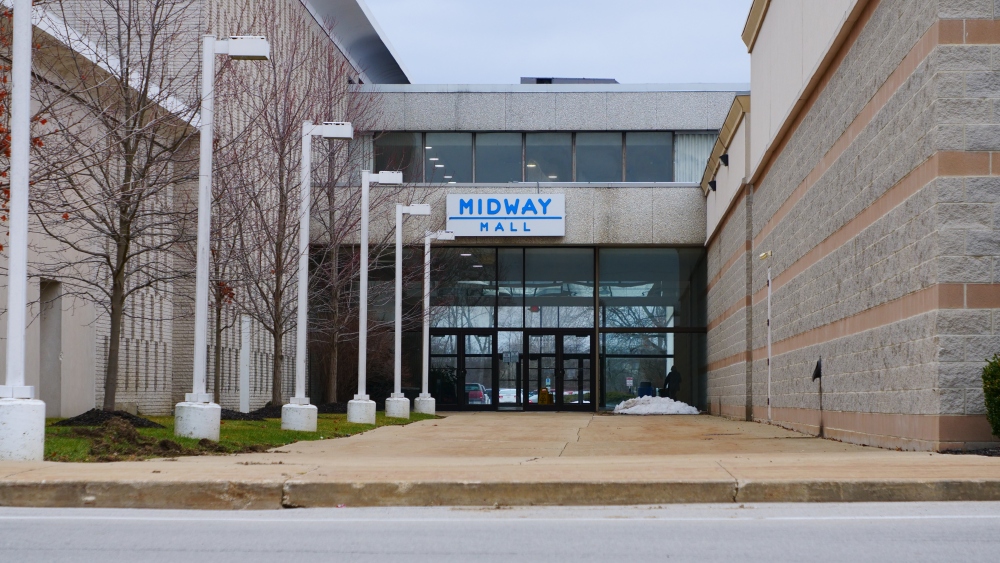 “Don’t you forget about me.”- Midway Mall and Simple Minds